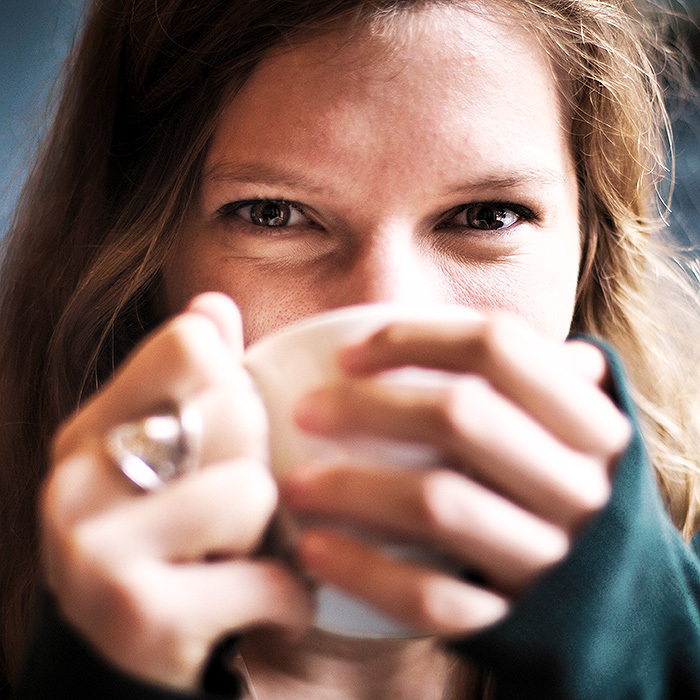 WE OFTEN TAKE STEPS to achieve that sparkling white smile when we brush in the morning and before we go to bed. The truth is, what we consume throughout the day is often the largest contributor to whether or not our smile will light up a room.

Although there are several causes for tooth discoloration, we can separate them into three basic categories: intrinsic, extrinsic, and age-related discoloration. Here’s how each affects your teeth, and what you can do to ensure a life full of bright, healthy smiles.

Food And Drink Are Large Contributors To Surface Stains

Extrinsic tooth discoloration occurs when the enamel—the outer layer of the tooth—becomes stained. These stains are caused by pigments, acidic content, and other chemical factors (natural or artificial) present in things we enjoy eating and drinking.

A few common culprits for tooth discoloration include:

Most of these items won’t have an immediate affect on the color of your teeth, but over time, they can begin to wear away and cling to enamel causing unsightly stains. Try to consume these in moderation and always remember to drink plenty of water and brush your teeth after meals.

Here’s a couple of quick tips to help avoid those wine stains!

Trauma Can Discolor Teeth From The Inside Out

Intrinsic tooth discoloration occurs when the inner structure of the tooth—the dentin—begins to darken or develop a yellow tint. This type of discoloration can develop because of a trauma sustained to the tooth. Sometimes when a tooth sustains trauma during childhood, it can damage the developing permanent tooth beneath it, affecting the tooths color. If a trauma is sustained during adulthood, internal bleeding can potentially discolor the damaged tooth.

Other causes include uses of medication at certain stages of life or being born with a rare condition called dentinogenesis imperfecta which can cause gray, amber, or purple discolorations. If you have questions about intrinsic discoloration, come in and see us and we can help answer your questions.

Your Smile Can Change Color With Age

Age-related tooth discoloration is a combination of both intrinsic and extrinsic factors. The dentin inside our teeth naturally yellows as we age. Enamel on the outside of teeth also thins as we get older, allowing the yellow pigment of the dentin to show through. A lifetime of consuming certain foods or smoking cigarettes will also contribute to deep-set stains on the enamel’s surface.

We Can Help Brighten Your Smile

Thank you for continuing to be a part of our practice family! 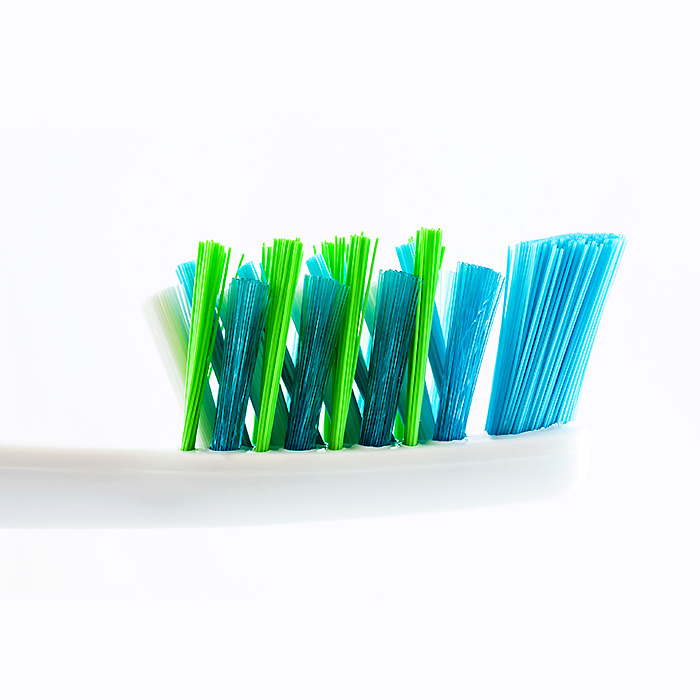 WITH ALL THE AMAZING technology we see today, it’s easy to overlook the small wonders of the world—like the toothbrush! This small, but remarkable invention is the staple of our oral hygiene and health. Join us on a journey through time as we explore the way the toothbrush has changed across the ages!

Today, we understand the importance oral hygiene plays in our overall health. But even over 5,000 years ago people recognized the need for some type of oral care. Babylonian and Egyptian civilizations around 3500-3000 B.C. made “toothbrushes” by fraying the end of sticks and chewing on them!

Later, the Chinese made similar chewing sticks from aromatic tree twigs that were meant to freshen breath. People didn’t just use sticks, however. Bird feathers, animal bones and even porcupine quills were used to pick at food debris in the teeth.

The First Toothbrushes Were Made with Pig Hair

The first mention of an actual brush to clean teeth appears in Chinese writings around the 13th century. Bamboo or animal bone was used as the handle of the toothbrush and pig hair formed the bristles. Toothbrushes weren’t widely used or produced, however, until a couple hundred years later.

Around the year 1780, an Englishman named William Addis was sitting in his prison cell thinking of better ways to clean our teeth than rubbing them with a rag full of soot and salt (yuck!). He carved a handle out of animal bone, made some holes at the top and tied swine bristles to it. When he got out of prison, he turned toothbrush production into a business and made a fortune!

As appetizing as pig hair sounds, aren’t you glad toothbrushes nowadays are made with nylon bristles? Nylon was invented in 1938 and by the 1950s, toothbrushes began to look and feel more like they do today. More technological advances made it possible to develop toothbrushes even further, and the electric toothbrush made its way to the United States in 1960.

People are still looking to drive toothbrush technology forward. New apps are being created all the time to make toothbrushing easier and more enjoyable. It even looks like built-in cameras may be in the future of toothbrushes!

The Toothbrush: One of Man’s Greatest Inventions?

The idea of the toothbrush was simple, but there’s no doubt it has greatly contributed to our oral and overall health. In fact, when a group of people were asked which invention they could not live without, the toothbrush beat out the car, computer, cell phone and microwave!

So, don’t take your toothbrush for granted. Use it twice daily for a full two minutes!Your pearly whites will thank you.

Top image by Flickr user William Warby used under Creative Commons Attribution-Sharealike 4.0 license. Image cropped and modified from original.
The content on this blog is not intended to be a substitute for professional medical advice, diagnosis, or treatment. Always seek the advice of qualified health providers with questions you may have regarding medical conditions. 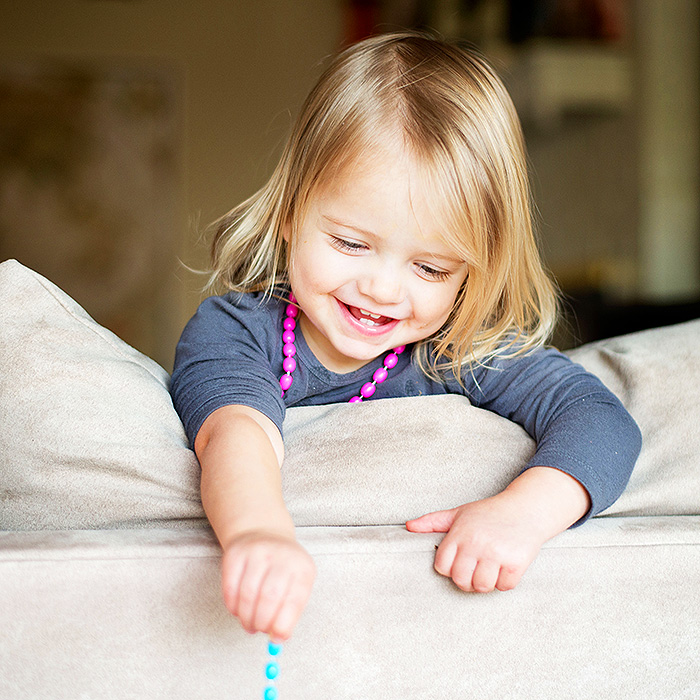 “DO I NEED TO FIX my child’s baby tooth since it’s going to fall out anyway?” This is a question we get asked a lot as dental professionals. The answer is a resounding YES! Primary, or “baby,” teeth serve an important purpose in your child’s present and future oral health.

Besides providing an aesthetic appeal to your child’s smile and boosting their self-esteem, primary teeth have three main functions:

If a primary tooth falls out or must be removed before its time due to decay, the surrounding teeth may shift into the gap, causing dental crowding and future orthodontic problems. In some cases, untreated infections in baby teeth can even affect the developing permanent teeth.

Taking care of those primary teeth not only prevents decay, but also helps your child get into the habit of good oral hygiene and sets the stage for their future oral health. Baby teeth may fall out but they’re still very important!

Regular Dental Visits Make For A Lifetime of Healthy Smiles

Your child’s first dental visit is an important milestone! Children should visit the dentist when their first tooth appears or around their first birthday.

A February 2005 Children’s Dental Health Project report found that children who visited the dentist by age one were less likely to visit the emergency room for oral health problems. They also found that children age five who had their first dental visit by the age of one incurred less oral health-related costs than their peers who didn’t see a dentist until age five.

On your child’s first visit, we will check their mouth for decay and other problems as well as show parents proper cleaning techniques. Another benefit of early, regular dental visits is that we can determine if a child is at a higher risk for cavities and implement appropriate intervention.

Even though they’re temporary, your child’s baby teeth are essential to their growth and development. Teach children to take care of their baby teeth and set them on a lifelong path of good oral hygiene. If you have any questions, call us or comment below!

We love our patients and their beautiful smiles!

The first step toward achieving healthy vision and a beautiful smile is to schedule an appointment.

Eye and dental care in one location for you and your family. Save time, feel great, and look good. Our patients love the convenience!